The Nidavellir Shipyard is a large UCM Shipyard hidden far away from any planetary system.
After the scattering of humans after the first Scourge attack many ships used their ftl drives and made an random Foldspace jump just to get away. Many of this ships found themselves alone in the dark, to close to a star or a black hole and perished but some made it to an empty place in space. And that’s how the Nidavellir belt was discovered. A collection of large rocks, asteroids in different sizes and collection of dust and sand. Exactly how this place come to be, far from any sun, placed in between systems is not known. It is believed it was created after an extremely unlikely collision of two larger celestial body, with no stronger gravity pull in the vicinity this collection of minerals and rocks have held together by their own combined pull of each other. The scatter of large rocks and the natural background radioactivity have created a hiding place. After the survivors made contact with the now formed UCM the area have been put to good use.

Named after the Norse mythology Nidavellir, the world of the dwarves, for its rich mineral and metal resources. Perfectly for foundries and a large shipyard complex.

This is the place to produce ships... 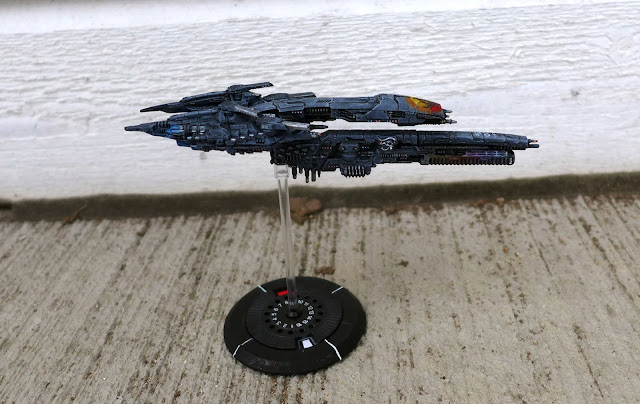 Fresh of the shipyard...


She is depicted as a lioness, the fiercest hunter known to the Egyptians. It was said that her breath formed the desert. She was seen as the protector of the pharaohs and led them in warfare.

In a myth about the end of Ra's rule on the earth, Ra sends Hathor as Sekhmet to destroy mortals who conspired against him. In the myth, Sekhmet's blood-lust was not quelled at the end of battle and led to her destroying almost all of humanity, so Ra poured out beer dyed with red ochre or hematite so that it resembled blood. Mistaking the beer for blood, she became so drunk that she gave up the slaughter and returned peacefully to Ra


Sekhmet -A Lion headed Goddess of Egypt, she represented the destructive qualities of the suns rays causing drought and famine


So a sun deity and a warrior goddess amongst other things, with the destruction ability to create drought with sun rays sound about right for a ship with a huge frickin´ laser...

I painted the heat sink on the Viper super heavy laser as metal that have had colour shifting due to heat. 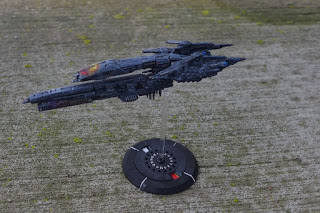 The white markings at the front of the huge gun is the ancient Egyptian hieroglyph for Sekhmet. 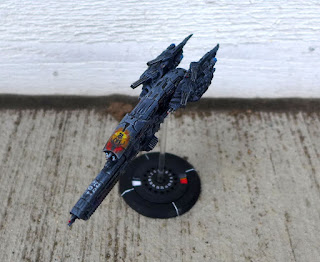 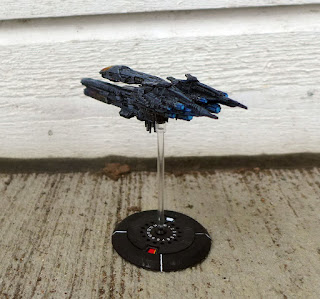 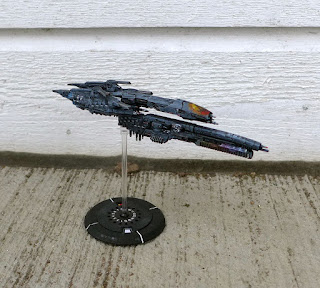 The "Eye of Ra" is represented by the "Viper Super-Heavy Laser", with this weapon all enemies will be burnt to cinder. 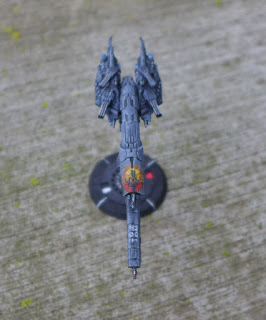 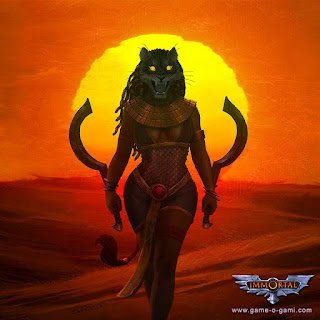